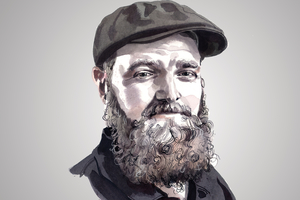 Life has changed for MediaMonks co-founder Wesley ter Haar since his agency was bought by Martin Sorrell-led S4 Capital 10 months ago for an estimated $350 million. He gets a lot more emails, for one, he says—including from his new boss. But the biggest difference, ter Haar says, is that before S4, MediaMonks had to focus more on winning clients through the “show-and-dance, rabbit-out-of-a-hat” way—that is, via pitches. Now, he says, S4 is opening doors to decision-makers so that “a lot of growth is coming from consultative discussions where brands are asking us, ‘Something isn’t where it needs to be—can you help us with that?’”

Ter Haar, who is MediaMonks’ chief operating officer, discusses working under Sorrell and gives his take on the marketing personalization approach at the heart of S4’s strategy. And he offers up this tantalizing tidbit: S4’s next board meeting could take place at Burning Man. This interview has been edited for clarity and brevity.

S4 is mostly focusing on personalization. Why?
Using data is [seen as] almost a nefarious thing—as if it’s this hidden machinery that’s part of the dark arts. And I get that. But personalization that makes sense and adds value is super powerful: think a handwritten card, knowing my name or my order at a restaurant. In the digital space we’ve become resistant to it, perhaps because it needs to show some empathy instead of this relentless data mining.

What does S4 need to add to its portfolio?
If you look at the S4 roadmap, it’s content, media and first-party data that make up the holy trinity. MediaMonks is the content component. For media, S4 has MightyHive, but first-party data is still [a priority in the next acquisition]. We’re looking at a very difficult market from an acquisition perspective because it tends to be very competitive. But I’d expect something to happen in that space.

What’s it like working with Sorrell?
Two things: First, I get more emails. It’s impressive to see him act without ego; anyone who emails him gets a response in five minutes. At the personal level, it’s impressive to see how he takes a macro view of the world, connects that to specific industries and brands, and then takes it all the way down to the teams he’s talking to. Internally, we talk about MBA, or “Martin’s Business Advice.”
I also started reading the Financial Times. There are only so many meetings you can be in where you don’t know what the discussion is about.

Sorrell goes to Burning Man. Have you been?
I’ve managed to duck out of any invites. Burning Man is just the antithesis of my preferences. I do think Sir Martin wants to do our board meeting at the next one, so we’ll see if I get roped into that.

Did you just say Sir Martin is going to have S4’s next board meeting at Burning Man?
I heard it mentioned.

What bothers you most about the ad industry?
There’s this idea that if a change needs to happen it needs to be an existential discussion, which tends to get very echo chamber-y. Second, there’s a self-congratulatory component where we high-five each other a lot at award shows and events.
What do you think of the Cannes Lions festival in its current state?
I feel we’re getting back to where Cannes is less about the scorekeeping and instead of the conversations we have about what’s interesting.

What are your thoughts on Accenture acquiring Droga5?
When that happened, everyone started texting. Accenture’s been dabbling in this space for a while, but this is a real statement. If you take Wieden out of the equation, Accenture is getting the most famous creative agency in the market. My worry is, will it survive an organization as big as Accenture? I also think they’re trying to close it before Cannes.

Let’s switch gears. You went to school in Amsterdam, where the Netherlands pays the tuition, but you never finished.
It wasn’t just that the studying was free, but they would also pay you a salary so you can focus on your studies. But you had to pay that salary back if you didn’t finish your studies.

I take it you used the money for something else?
I took my first year at school very seriously. But then I got into an argument about starting my own company [now MediaMonks] as an internship program. The internet had just hit and what we were learning in class just seemed so old-fashioned, so I pitched a business plan to my school saying I was going to “do internet” as my internship. They didn’t like it so I ended up dropping out, but not dropping out; I was still in the books and getting financing.
I’m paying the government back now, about 90 euros a month,  with interest, which I’m happily doing.

AuthorRSS
« Previous Post Blog: Opinion: What if the ‘M’ in CMO also stood for morality? Next Post » A Step-by-Step Guide to Graphic Design for Non-Designers